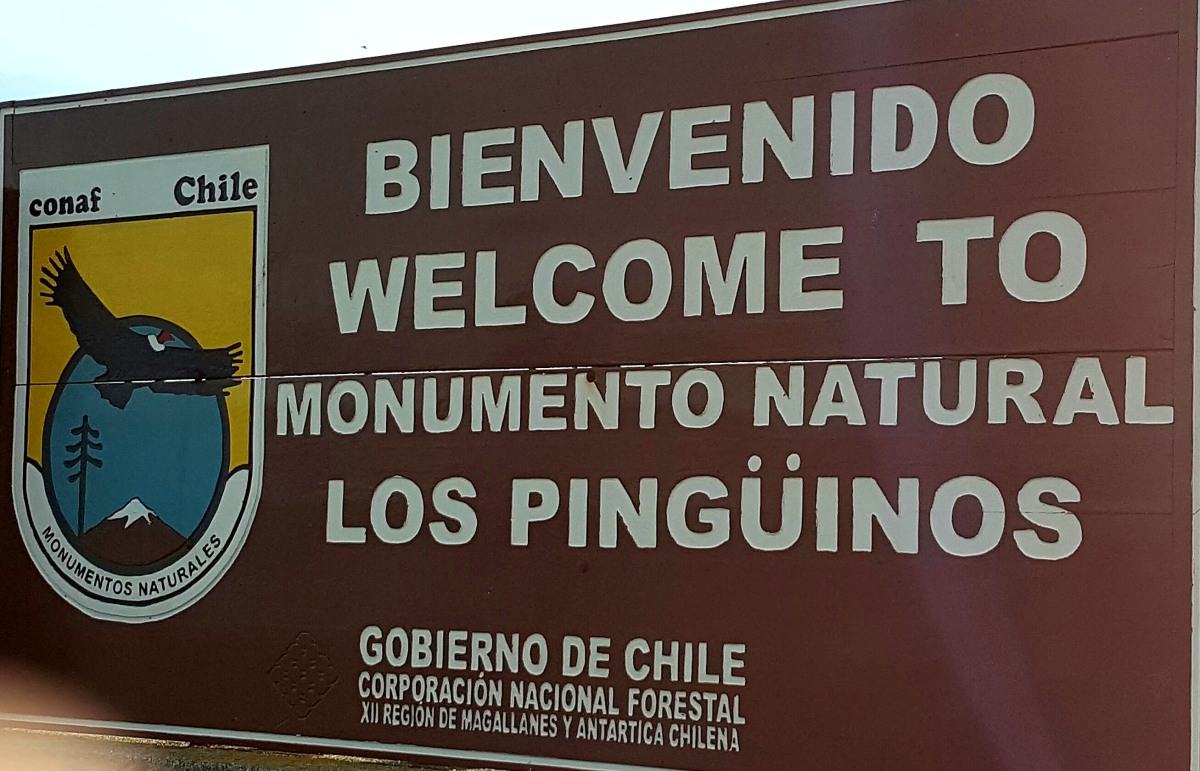 If you are going to spend time in Punta Arenas, penguins are usually high on the to-do list. There are a couple colonies nearby, but the best known is the Magellanic penguin colony on Isla Magdalena. We purchased tickets through the Comapa agency downtown; the other option was to buy them at the terminal. We had skipped the overpriced penguin tours on the cruise, and this was our chance to make up for it.

The Melinka ferry leaves from the Tres Puentes terminal in the afternoons about 4 and arrives on the island about 6 pm. Buses or collectivos running directly to the terminal are rare, but just about all of them go to the nearby Zona Franca. From the duty free area, the terminal is just a fifteen minute walk away.

We waited in the terminal building for a few minutes until boarding. It was small but had spots to sit and decent pastries. Clearly, visiting penguins was a popular choice. Once on the Melinka, there was a warm cabin with seats across two levels. The space was a little cramped but there was another coffee stand and some videos showing off the gorgeous landscapes of Patagonia. I’d recommend bringing a book to pass the time sailing down the coast. (Four hours on a boat can be entertaining… or less so.)

Before arriving at Isla Magdalena instructions for behavior on the island are repeated four or five times in Spanish and English. They really want you to remember not to feed or touch the penguins or lay down on the path. But then we landed, the front of the ship was lowered, and the crowd was off.

We visited in late February, when summer starts waning and the penguins molt. The chicks were already grown so we missed our chance to see youngsters. But there was no getting around it: the island was full of penguins. It doesn’t have much else to recommend it since all the grasses and vegetation have been plucked to line penguin burrows, leaving only bare windswept rock.

It surprised me to learn that Magellanic penguins live in burrows while on land. They never struck me as digging animals, but apparently they do a pretty good job of it. At the other extreme, they also spend months also the also time in the ocean, swimming as far away as Brazil in search of meals.

The roped-off trail looped left, uphill toward the lighthouse, and then back towards the boat. Groups are only allowed to be on Isla Magdalena for an hour, and the length of the walk is timed to this. We took a few minutes to explore displays inside the lighthouse, but spent most of our time watching the penguins toodle awkwardly around on land.

We had relatively nice weather, but it is always windy and often rainy on the strait. Layers went a long way to keeping us comfortable while we were there.

Our ferry ride back seemed to pass more quickly, partly because dolphins were playing alongside the ship for a while. Getting back to the terminal at night makes flagging down collectivos more difficult and the buses had already stopped running. We waited a while but decided to take a metered taxi instead. The rate was many times higher than a collectivo would have been, but still less than $8 back to the far corner of town.

Overall, Isla Magdalena was definitely worth the trip and the price. Seeing penguins in their natural habitat and completely unafraid and unworried by gawking humans is an experience I’d recommend to anyone. All the penguin movies don’t do the real thing justice.